No Frederick Douglass at Thanksgiving 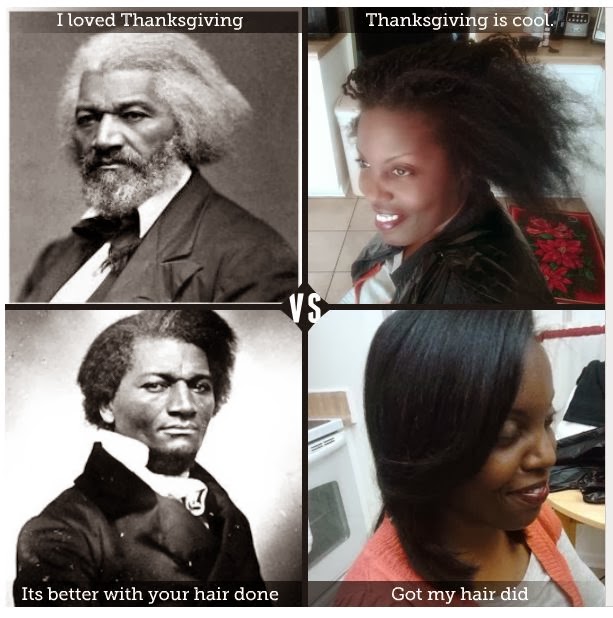 Let's all be sure to put our best hair forward for this Thursday!  I can NOT go out as a Frederick Douglass imposter, and even with my hair done I can't compete with his amazing  accomplishments anyways.  We should all live out  my dream of staying inside our homes sipping coffee and napping between cups of caffeine goodness.
Fat chance of that coffee-napping dream I know, but it's so much more fun to make Thanksgiving collages alone than to eat turkey-stuffed dinner rolls and watch football with ones we claim to love.
I suppose I should be Thankful for top 5 important stuff:
1.  LIFE - dead folks are such stiffs
2.  HEALTH - a coffee a day helps
3.  FAMILY - my 3 girls...& Corey
4.  COFFEE - secretly # 1 for real
5.  YOU - you friends, fans, family... 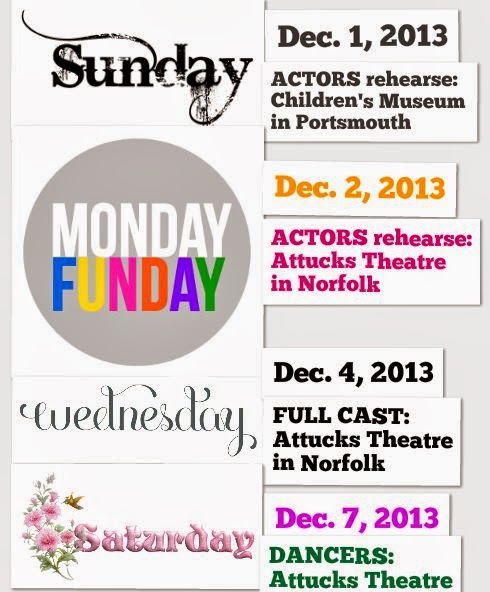 Amongst all of the Turkey and family is a constant march towards the goal of a show production.  In order to explain Kwanzaa in a theatrical way, we are in rehearsals for Harambe for the Holidays.  What better way to spend the first week of December than with creative folks.  With free admission, we should follow our trend of filling the theatre 80% and maybe even to capacity this year.
Vendors will add to the festive nature of the day with food, face paint, handmade wares, and great stuff by yours truly.  Cooperative economics is one of the principles of Kwanzaa and we will appropriately showcase local artisans.
Be sure to let me know, either here or on Facebook, whether you think my hair is as awesome as the famous fro of Frederick Douglass.

Posted by Corey & LaQuita Marie of Atumpan-The Talking Drums at 1:43 PM No comments:

Hurrah for the Holidays 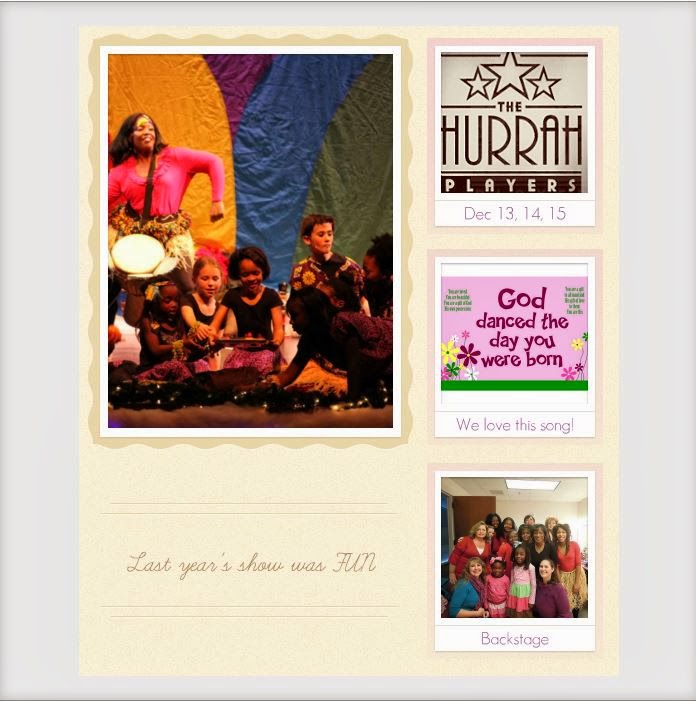 Welp, somehow, amongst all of our busy fun, we manage to join someone else's intriguing mayhem.  Our favorite family theatre has an amazing season every year and, following a competitive audition,  I was cast along with two of my daughters for Hurrah for the Holidays.  The musical revue has all of my favorites, which happen to be Christmas songs, Christmas props, Christmas clothes, Christmas gifts, and a few other enjoyable Christmas perks.  "How do you manage?" This is the question of the day, but the answer is simple.  I can plug and play and enjoy without the creation of media stuff or instructing anyone or venue details.  When I can simply follow directions and relax my brain, then life is good.


When teaching classes for Atumpan African Dance, my brain hardly gets to relax.  I am constantly exploring ways to connect  my choreography to my brain remembering my choreography.  I recently saw some new friends singing this birthday song and it made sense to dance Yankadi, a courtship dance from Guinea, West Africa in order to help remember the dance steps in a specific order.  Talk about a home run.  Not only did we all learn the dance fairly quickly, but it gave us the warm and fuzzies of brand new Christmas slippers.  The ones with the teddy bear head.  Once we could all sing and dance it in a round it was time for eggnog.
Posted by Corey & LaQuita Marie of Atumpan-The Talking Drums at 11:36 PM No comments:

Folks were eager to tryout to be onstage with Corey the Talented Blind Guy and LaQuita Marie for a Kwanzaa production at the Attucks Theatre.  Auditions, held on Saturday, November 9 and Wednesday, November 13, 2013 proved to be a fun challenge.  There was a special birthday girl that we treated to lunch where she and her sisters mastered chopsticks after auditions.
"Mom, I think I'll audition to dance and sing, since I don't know how to do African acting." was another young person's commentary on the idea of auditioning for a new show.
Sure it's an original script to explain the Kwanzaa holiday, but I can't do "African acting" myself. 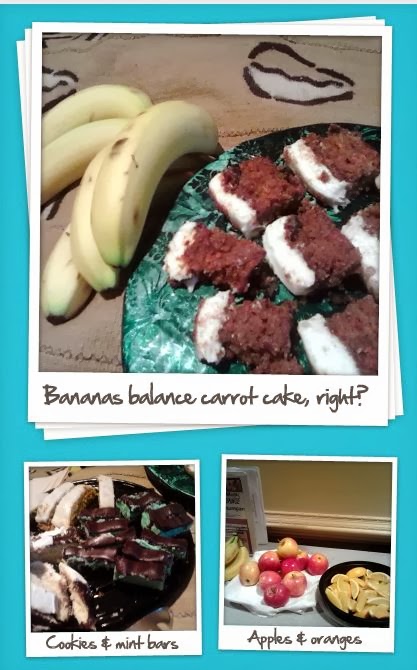 As the boss of Atumpan, I tried to keep the judges comfortable with snacks, light conversation and the balance of cakes and fruit amongst the chips and salsa which all seemed to do the trick.
They hung in there for two days, judging and scoring, leaving us with a fantabulous cast for the 2013 Kwanzaa at the Attucks Theatre:


OKAY, ON TO TELLABRATION! 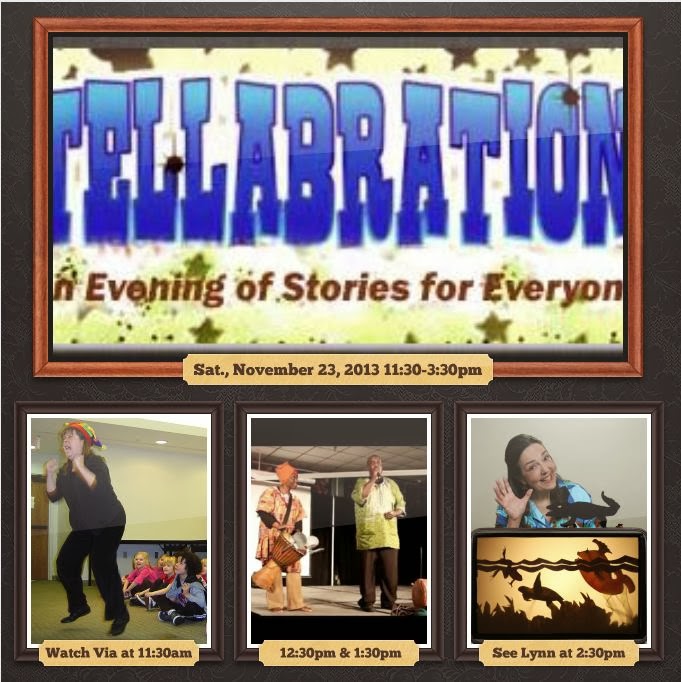 Yep, the National Storytelling Network has declared the Saturday before Thanksgiving a day of stories.  We eagerly join the fun by hosting ours with Via Goode who has really good stories and really great props.  Did I mention I love her because she's normal?  Normal being superbly talented with great delivery and interesting content for all ages, but no fake smile or fluff conversation.  Exceptional, yet quite normal.
Speaking of exceptional, Lynn Ruehlmann is just about the best when you blend a former actress with tales from her travels abroad, or folktales, or historical tales that sometimes include intriguing perks like sign language and shadow puppetry.  The lady is quite amazing.
It all goes down at the Children's Museum in Portsmouth, VA, 221 High St. on Saturday, November 23, 2013 with performances from 11:30am - 3:30pm.


And finally, the wonderful announcement for Atumpan African Dance is their first trophy!  One of our dance moms invited us to participate in a talent/step show at a local Boys and  Girls Club where the theme was Stomping Out Suicide.  There was standing room only to raise awareness and support for suicide prevention.  Not only did we see some of Hampton Roads finest step teams, we also had one of our most enthusiastic audiences yet.
The folks there contributed funds to the cause and they contributed the loudest cheers for us ever. Wow! 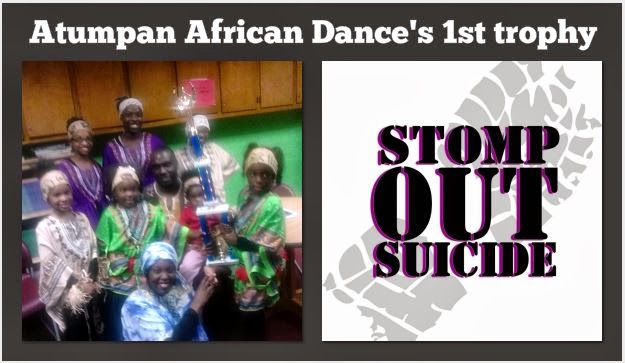